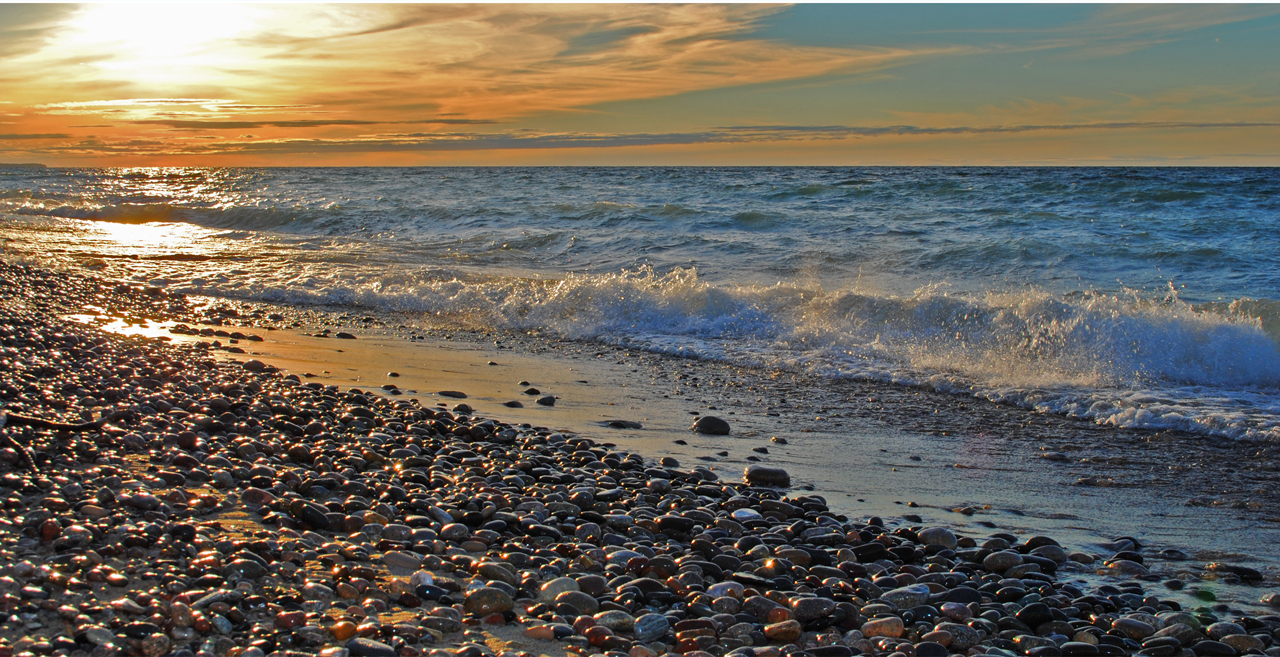 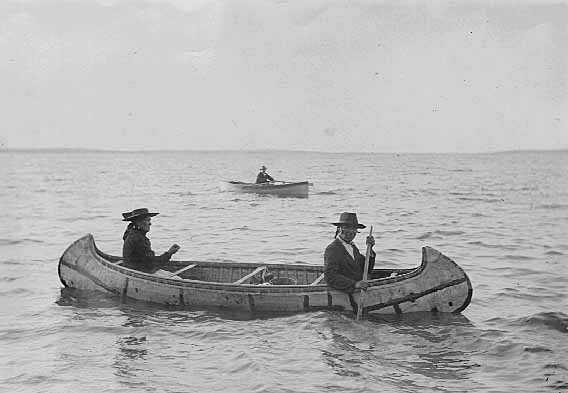 Welcome to Gitche Gumee Handcrafted Jewelry page on Lake Superior History.  Over 10,000 years ago, the first people came to this great lake after the last Ice Age.  The inhabitants included the Plano cultures which were hunter-gatherers of the great plains of North America.  After which the Shield Archaic people presided up until 500 BC.  The Laurel culture lived here from 500 BC to 500 AD and invented net fishing around the rivers of Lake Superior.

The first indians to inhabit the Superior region was the Terminal Woodland Indians from 900 AD to 1650.  These Algonquian tribes hunted, fished and were gatherers of the fruits of the forests.

The tribe to follow was the Anishinaabe, also known as the Ojibwe or Chippewa Tribe, which came here in the mid 18th century and still resides here to this day.  I am a member of this tribe and my ancestral homeland is Sugar Island.  This island is located in the St. Mary's river between the US and Canadian province of Ontario.

The Chippewa people named Lake Superior "Gitche Gumee" or "Ojibwe Gichigami", "The Ojibwe's Great Sea".  Lake Superior was an important part of the fur trading relationship between the Native people and the French fur traders.

Lake Superior has been and will always be an important link in our Great Lakes Waterway.  This lake has been providing a route for the transportation of iron ore, grain, along with mined and manufactured materials for over 170 years. Large cargo vessels / lake freighters, as well as smaller cargo vessels, transport these commodities across Lake Superior. 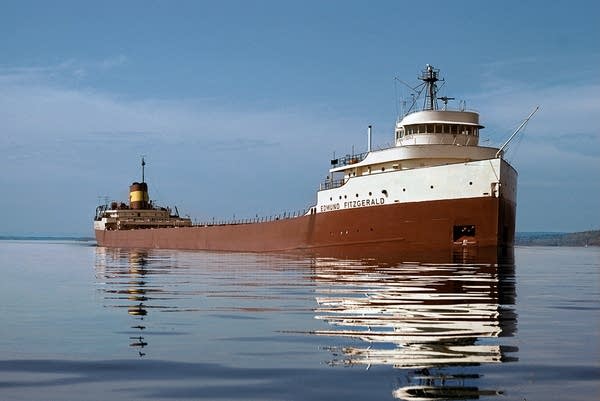 Henry Wadsworth Longfellow wrote Gichi-Gumee in, "The Song of Hiawatha", as did Gordon Lightfoot in his song, "The Wreck of the Edmund Fitzgerald".  The first French explorers approaching the great inland sea by way of the Ottawa River and Lake Huron during the 17th century referred to their discovery as le lac supérieur.

Lake Superior has a surface area of 31,700 square miles which is the approximate size of Austria.  It has a maximum depth of 1,333 ft.  According to Frederick Stonehouse, a shipwreck historian, the southern shore of Lake Superior between Grand Marais, MI and Whitefish Point is known as the "Graveyard of the Great Lakes".  More ships have been lost around the Whitefish Point area than any other part of Lake Superior.  The SS Edmund Fitzgerald was the latest major shipwreck just 15 miles from Whitefish Point during a horrendous storm on November 10, 1975.

Lyrics from Gordon Lightfoot's Song, "The Wreck of the Edmund Fitzgerald" - Video Below

The legend lives on from the Chippewa on down
Of the big lake they called Gitche Gumee
The lake, it is said, never gives up her dead
When the skies of November turn gloomy
With a load of iron ore twenty-six thousand tons more
Than the Edmund Fitzgerald weighed empty
That good ship and true was a bone to be chewed
When the gales of November came early

The ship was the pride of the American side
Coming back from some mill in Wisconsin
As the big freighters go, it was bigger than most
With a crew and good captain well seasoned
Concluding some terms with a couple of steel firms
When they left fully loaded for Cleveland
And later that night when the ship's bell rang
Could it be the north wind they'd been feelin'?

The wind in the wires made a tattle-tale sound
And a wave broke over the railing
And every man knew, as the captain did too,
T'was the witch of November come stealin'
The dawn came late and the breakfast had to wait
When the gales of November came slashin'
When afternoon came it was freezin' rain
In the face of a hurricane west wind

When suppertime came, the old cook came on deck sayin'
Fellas, it's too rough to feed ya
At seven p.m., a main hatchway caved in, he said
Fellas, it's been good to know ya
The captain wired in he had water comin' in
And the good ship and crew was in peril
And later that night when 'is lights went outta sight
Came the wreck of the Edmund Fitzgerald

Does any one know where the love of God goes
When the waves turn the minutes to hours?
The searchers all say they'd have made Whitefish Bay
If they'd put fifteen more miles behind 'er
They might have split up or they might have capsized
They may have broke deep and took water
And all that remains is the faces and the names
Of the wives and the sons and the daughters

Lake Huron rolls, Superior sings
In the rooms of her ice-water mansion
Old Michigan steams like a young man's dreams
The islands and bays are for sportsmen
And farther below Lake Ontario
Takes in what Lake Erie can send her
And the iron boats go as the mariners all know
With the gales of November remembered

In a musty old hall in Detroit they prayed,
In the maritime sailors' cathedral
The church bell chimed till it rang twenty-nine times
For each man on the Edmund Fitzgerald
The legend lives on from the Chippewa on down
Of the big lake they called Gitche Gumee
Superior, they said, never gives up her dead
When the gales of November come early